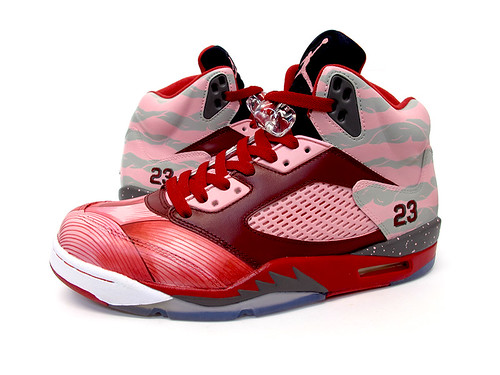 It was only a matter of time! A few things came together to make this crazy custom happen. First of all was the recent Air Smash customs and the green muscle pattern on the toebox, second was the sell out of my Bacon Air Jordan V inspired by the Bacon AM90. 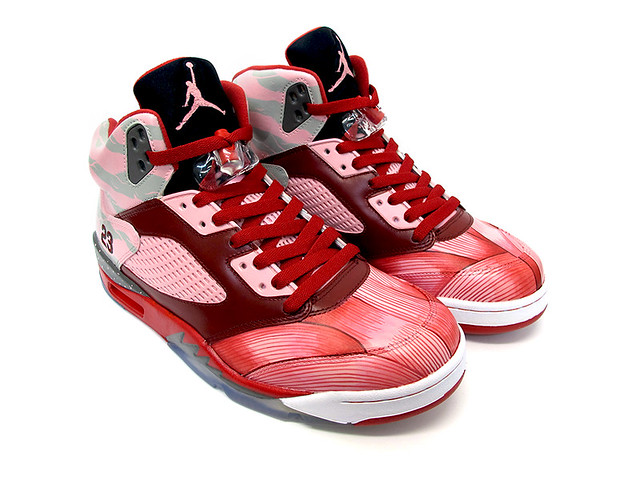 I wanted to take the Bacon theme to another level and put my own twist on it, since it was also a sequel it seemed only appropriate they were called ‘Seconds Please’. I took the muscle pattern and changed it up to its I guess you could say original colorway and then added the marbling effect over the heel while keeping the original color influences of the first design. These are also totally painted by brush, no airbrush or taping so it was a challenge to get 5 shades of red and pink into those muscle fibers but I think it came out awesome. I will only have 1 pair of these available in a size 10US on my webstore so if you are interested head on over there and get them before anyone else does, or before I maybe even decide to keep them myself! 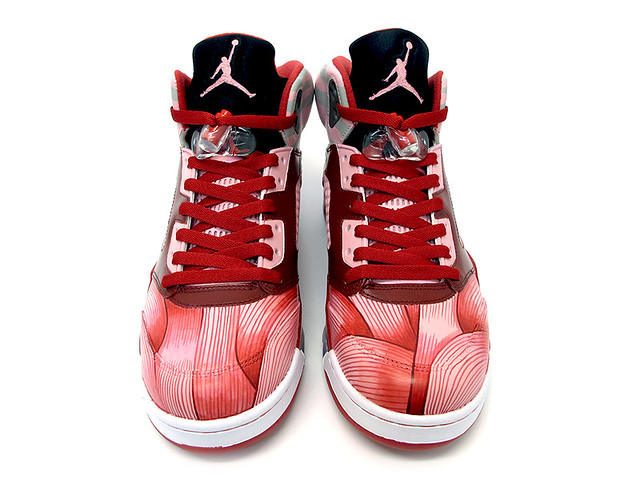 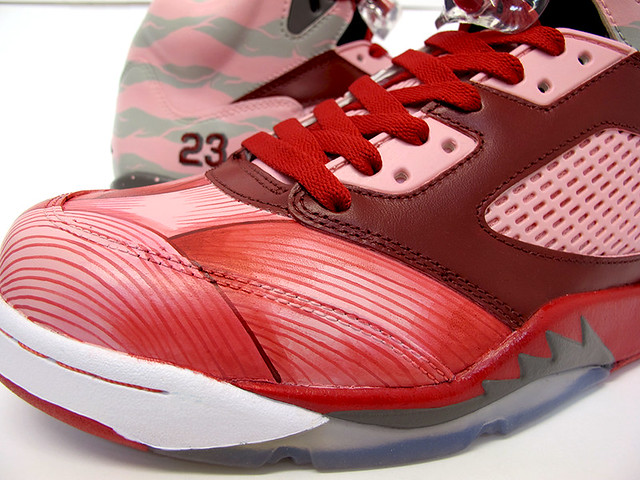