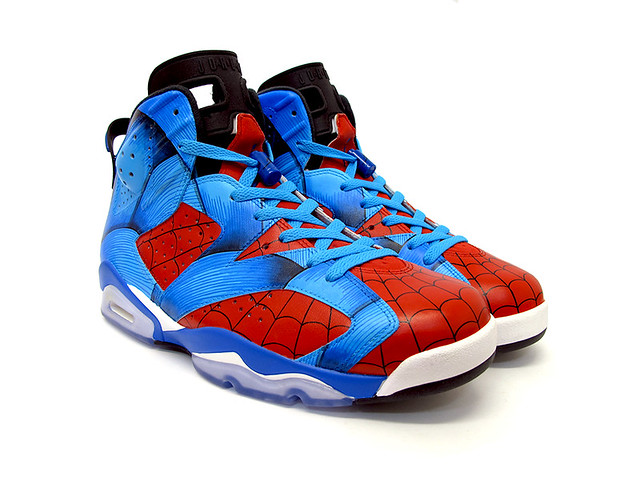 You might have seen teasers leading up to this release all over the net because of STGCC2014 but here they are, I have finished the Spiderman Air Jordan VI! Shortly before heading over to Singapore for the con I was invited to be a part of media day and because Humberto Ramos of Amazing Spiderman fame was also part of the panel I was asked to put something Spiderman together to bring along. 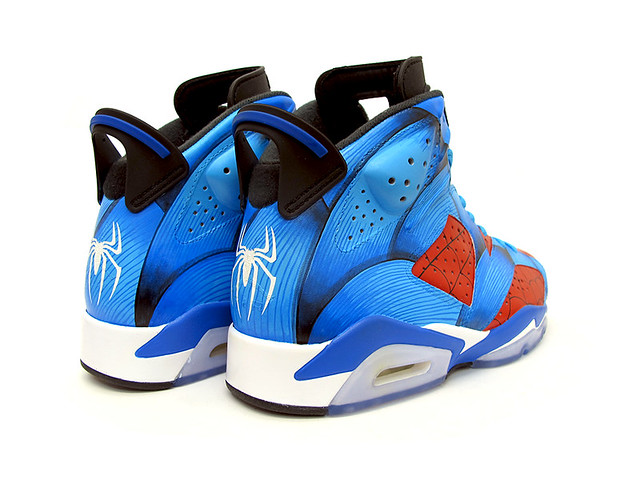 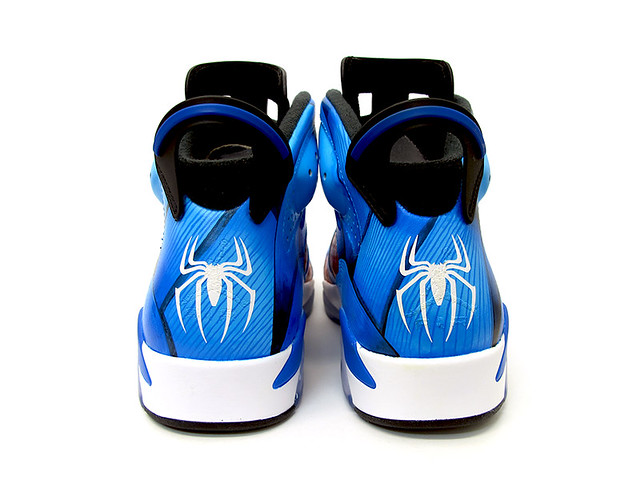 The difficulty putting something Spiderman related together is maturing the theme, Spiderman is so heavily merchandised in the kids realm that the tricky part of doing a Spider custom is definitely making it look adult. What I decided to do here was essentially implement my muscle print over the majority of the upper with his famous web pattern on all lower panels. 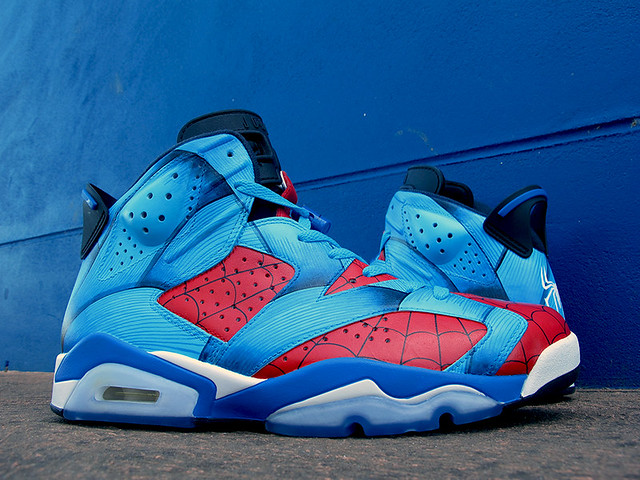 I got the idea because in Spidermans suit there actually isn’t all that much definition in the blue part of the costume except in the comics those panels are broken up with shading and muscle definition. Finally the tongue was also dyed red and the logo was added to the heel.

I have only made 1 pair of these as they were for display in Singapore and then brought home to Australia for me to finish. These were all painted by hand, no airbrush, about 6-7 different blues in the muscle print alone. They are a size 10 and release details are below. 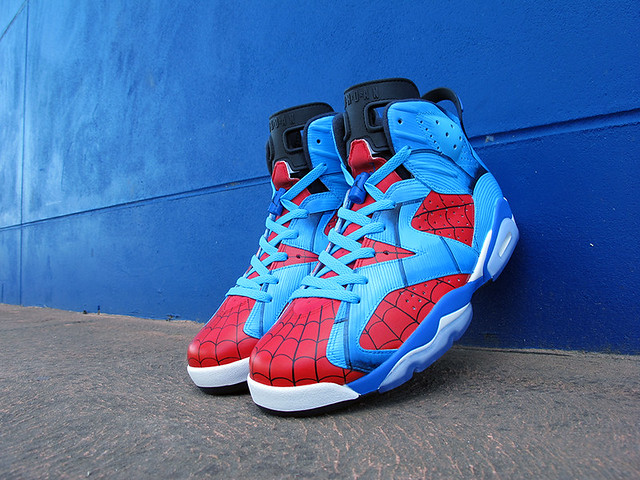