What a great project! This weekend just passed the Collingwood Football Club Captain Scott Pendlebury played his 200th game for the club which is an outstanding achievement. If you are not from Australia or overly familiar with Australian Rules Football, Scott Pendlebury is one of the premier players in the league, amongst an impressive list of achievements he has a Norm Smith Medal, 5 All Australia selections and won the 2010 Premiership as part of Collingwood.

These evoPOWER 1.2 FG boots were presented to Scott by Puma Australia to commemorate his 200th game and recent signing with the brand. The boots feature the Collingwood strip on the heel with the Magpie logo as well as his two favorite achievements in gold. The 200 games is featured on the lateral above the Formstripe as well as on the tongue and to cap it off a small 10, Scotts Jersey Number sits below the laces on the toe.

Capping off the design is this killer clear box with fake turf interior my good friend Soldiers provided me. The box is taken over the top with the Gold Puma branding on the ends of the box as well as a list of achievements on the lid. I am so happy with how these turned out, definitely a highlight of the year, even as a Carlton supporter. 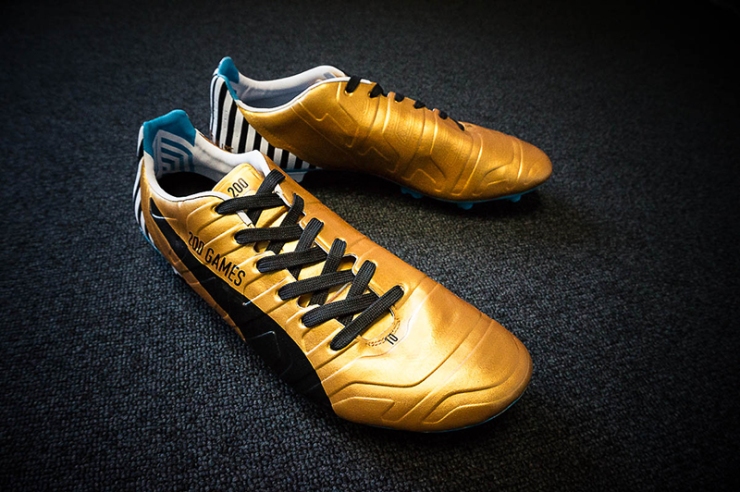 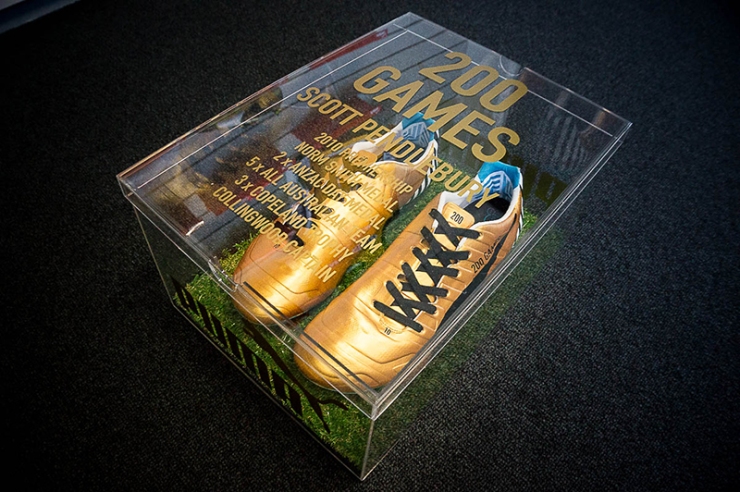