By now if you don’t already know the Golden State Warriors won the NBA Championship then you must be living under a rock. Andrew Bogut returned to Australia this week for a media event at Foot Locker Swanston Street and I was lucky enough to be invited down by the Foot Locker crew and to make a pair of customs for Bogut himself, even if we couldn’t make them in his size 18! 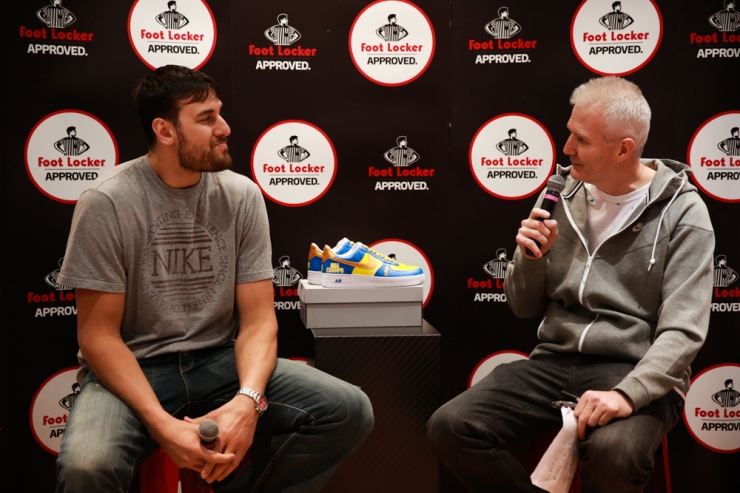 The event started with a Q&A hosted by none other than Andrew Gaze where I was able to get up and present Bogut with his sneakers and explain a little bit about the design. After that there was a quick media session and then the public came down to get their swag signed. 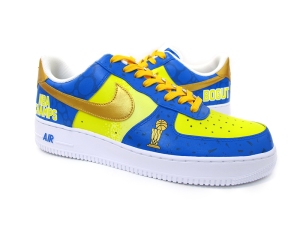 When doing a commission like this for an athlete from a brand I don’t use any official corporate logos or branding to avoid any potential conflicts that might arise but instead focus on the colorway of the shoe and the reason for making them.

As that was the case these Air Force 1s started out all white and received the GSW signature Blue/Yellow colorway treatment as well as a few of my signature patterns subtly thrown in there as well. The main features of the shoe are the “Bogut” and “NBA Champs” texts on the heels as well as the Larry O’Brien trophy and his number 12 down the back. 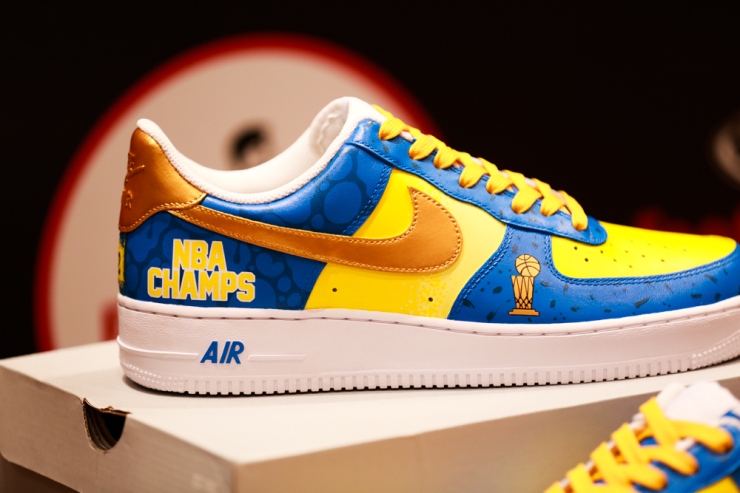 The event was a huge hit there was at least 400 or so people lined up out the front to get something signed and it was great to be invited down by the crew to be a part of it again. Shout out to Emma, Mikey and the rest of the guys we hung out with! Cheers 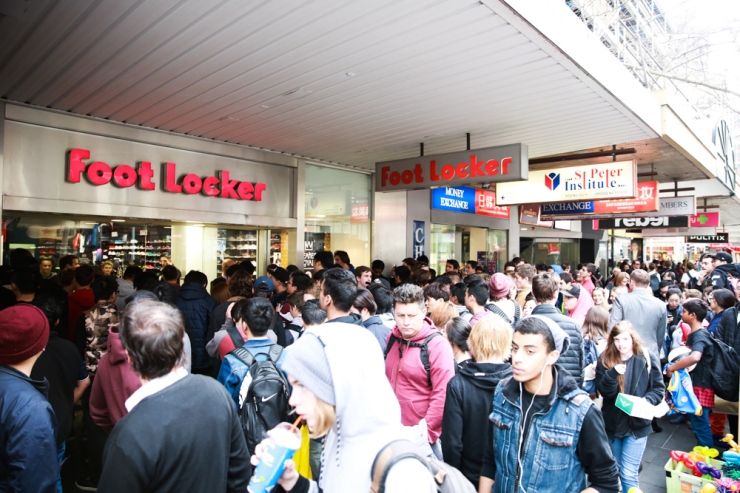